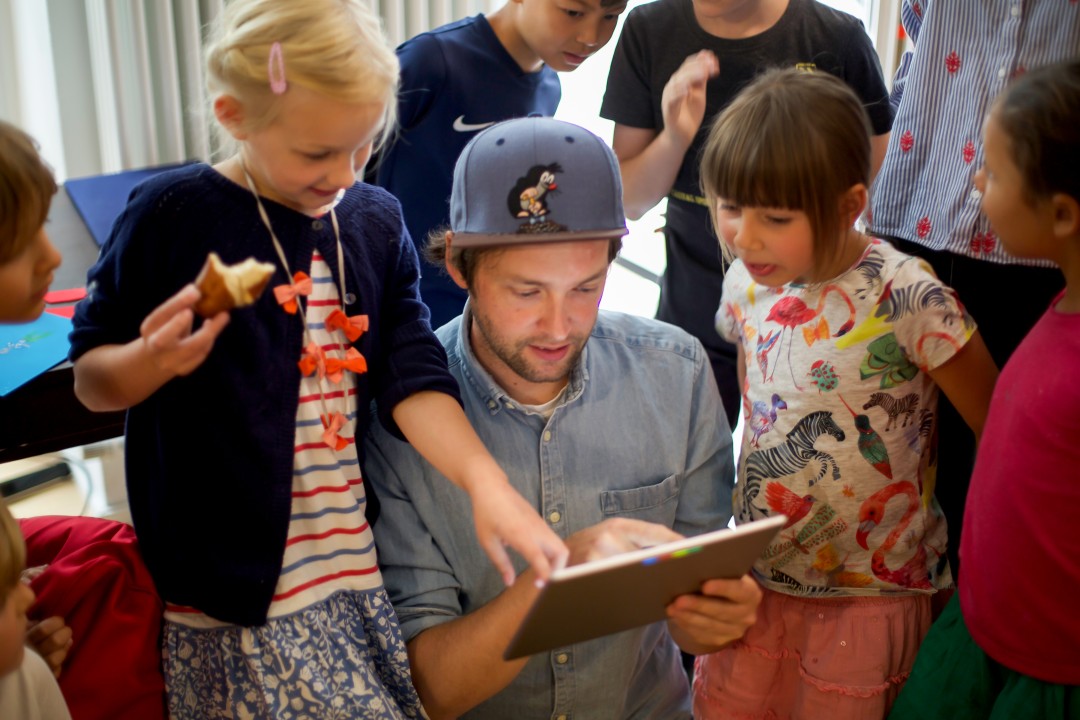 Many products and content for children are still produced by adults without including children in the creation process at all. I often have to justify our approach of involving children from idea to development to launch. “It takes too long. But we adults know how to do it RIGHT. I’ve been working in the industry for x number of years. I’m still a kid at heart myself.” And so on.

This weekend I watched the new Netflix movie “Finding ‘Ohana” with my kids. It’s a beautiful, Goonie-like adventure story with cool heroines, a diverse cast, good scenery and music. And yet a perfect example of how the movie misses the target audience in several parts.

Meta levels for adults in children’s stories have been a popular stylistic device at least since Pixar. Pop culture references in the images, music or individual characters catch parents’ attention and bring a smile to their faces.

It becomes problematic when the allusions become part of the dialogue and thus spill over from the meta-level into the main levels. When the 12-year-old heroines and heroes of the film discuss the end of the series LOST, make Marie Kondo jokes, repeatedly refer to Keanu Reeves or Indiana Jones, or even mention John Wick, this misses the young viewers by miles and leads to big question marks and frustration. Because nothing is worse than a wedding speech stuffed with inside jokes.

Of course, it’s nice to use a story to stimulate an exchange in the family – as with “Finding ‘Ohana” about Hawaiian culture. And in our case, there were really a lot of questions.

One of the questions was, “Dad, who exactly is John Wick?!”

Not so much! Not to mention that it seems to young viewers (the film has an age rating of 0+) that it is consensus to consume FSK18 content at their age. After all, that’s what the cool kid in the movie does.

As I said, all in all it’s a beautiful film made with a lot of love. But it is also a perfect example of how much better and more child-friendly a story could be if it had been tested with children at the script stage.

We like to use a kamishibai – a Japanese storytelling theater – to test our stories with children. The exchange that takes place with the children is incredibly inspiring and always enriches our work.

And for those who want to save money: With minimal handicraft skills, a jigsaw and a cordless screwdriver, you can build a kamishibai yourself in no time at all.

By continuing to use the site, you agree to the use of cookies. more information